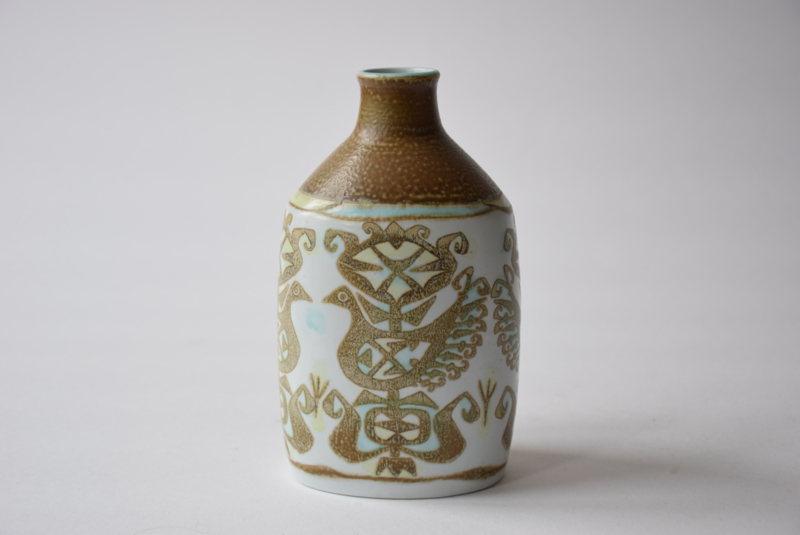 The design is by Nils Thorsson and shows a bird and floral motif on all sides.

Nils Thorsson was the artistic leader of Royal Copenhagen for decades.
He was very innovative until his late years just as here where he had experimented with new glazing technics. The result is very tactile and lovely to touch.

Marked on verso with the Aluminia hallmark, the decoration and model numbers 713/3208, the painters signature and in the BACA circle the signature of Nils Thorsson.