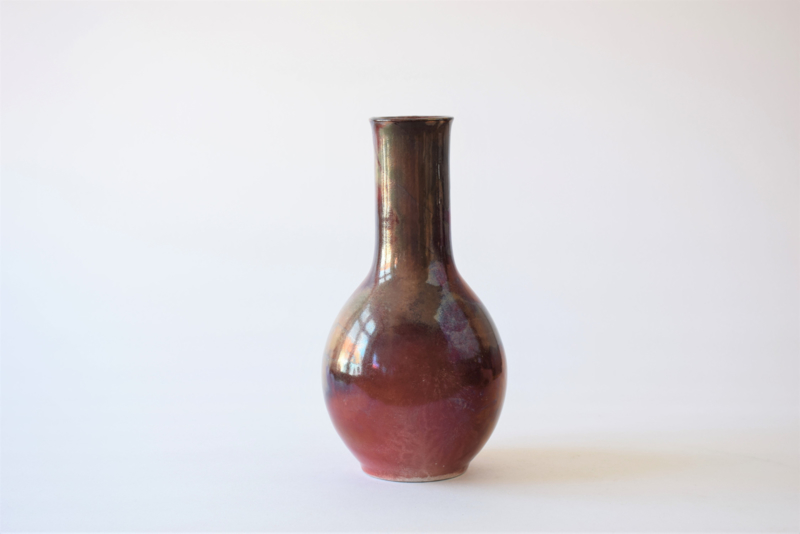 This is a very rare piece!
This tall vase is from the legendary Danish pottery Kähler (HAK) and it has the most beautiful glaze with lots of red lustre and greyish elements. It looks very different from the different angles.

This ruby red glaze was introduced by Hermann A. Kähler in 1888 and is know as "Kähler Red".

Exactly when this vase was made and who designed it is very difficult to say as it has a quite timeless look.
I suppose it´s from the 1930s.

- - - - - - - - - - - - - - - - -
The pottery Kähler Keramikværksted was founded in 1839 and was a family pottery until 1974.
All the pottery is signed with "HAK" after the son of the founder Herman August Kähler. Nils Kähler is from the last generation before the pottery closed.
Today a new company produces pottery with the Kähler label but it´s not handmade in Denmark anymore.