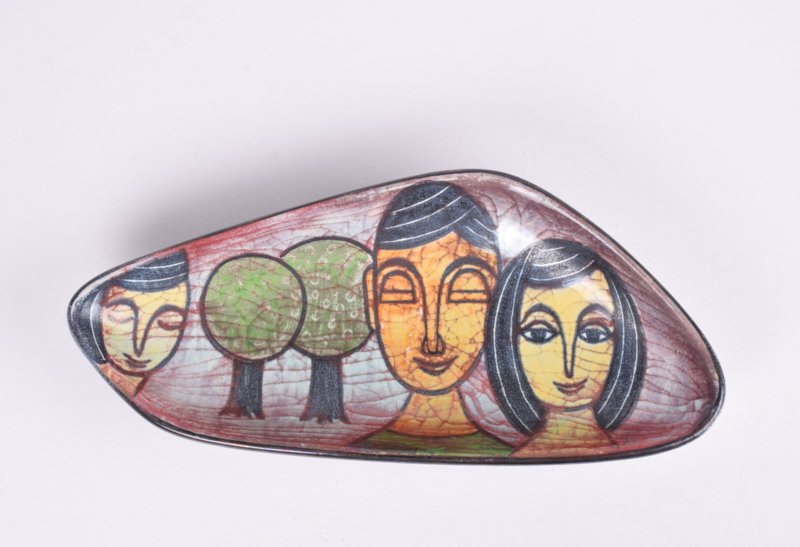 This is a very special and rare piece!

It´s from the famous Danish pottery Michael Andersen & Søn (MAS).
The design is probably by Gerd Hiort Petersen, though the style also reminds of Marianne Starck. But it does not have the signature of Marianne Starck (MS) but instead GM.

It has a handpainted decor with a metaphysical atmosphere. Which story does it tell?

It´s made in Persia technique, a special craquelee technique developed at Michael Andersen pottery in the 1930s.